K&L, who picked this Westward Single Barrel American Single Malt Whiskey, called it “a craft whiskey with the soul of craft beer” and that could easily sum up this whiskey and this review. Westward has all of the good qualities of Charbay without any of the negative and I think that’s why I’m drawn to what they make. It’s a unique whiskey with the exact right amount of funk to it.

They start by making something much more like a beer you’d drink by boiling the mash, not just cooking it, and then they use ale yeast to handle the fermentation. After that, the distillation process looks like any other double-distilled copper pot process; it’s what they do before distillation makes all the difference. After distillation, the whiskey goes into #2 char casks and 4-5 years later it’s bottled for folks like you and me to enjoy – like we’re doing now.

Aroma is exciting and robust with a heavy presence that’s equally malty/dessert sweet and rustic/spicy; Palate blows me away and gets better each sip bringing a heavier, though not as complex, delivery of what the aroma promises; Finish is a long slow fade that’s warm with copper, fruit and some hop-like funk.

The more I sip of this the more I like it and find myself wanting to sip on it more often.

The first time I tried Westward I though it had to be a distilled beer like Charbay because it has that herbaceous, coppery, hop-like profile that settles in across the senses. When I discovered it was 100% malted barley, but with the pre-distillation process being exactly like a beer, I got even more intrigued by their process and the unique profile they’re coaxing out of a single malt.

Where most un-peated single malts sit in a tropical/orchard fruit profile, or an oakier version of that with other American single malts, this brings out a uniquely herbaceous and coppery/metallic profile. A unique profile I’ve come to enjoy, and sometimes crave, over the years. It might not the whiskey I reach for regularly, but I’m damn glad I have this Westward Single Barrel American Single Malt Whiskey on the shelf for those moments when it sounds like the perfect evening dram. 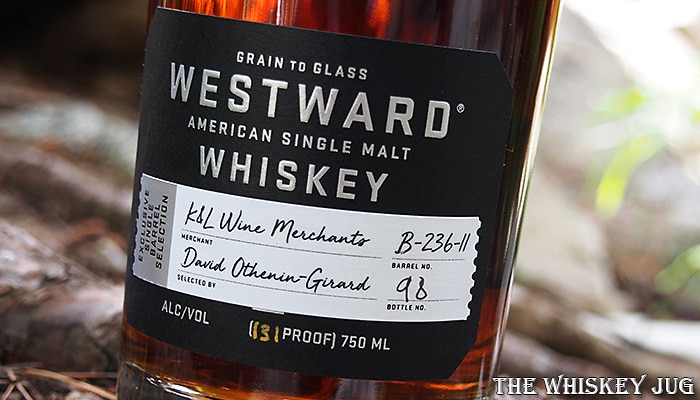 Fruity, spicy, coppery and herbaceous, this is an intriguing and uniquely tasty whiskey that I can’t recommend enough for people to try.