It’s interesting to see a young craft distillery doing so many things to their bourbon, first a double-barreled offering and now this: Woodinville Bourbon Finished In Port Casks. I like that it’s a bit a-typical of an approach, though,. I’m not exactly sure how to perceive this “covering” of their whiskey. 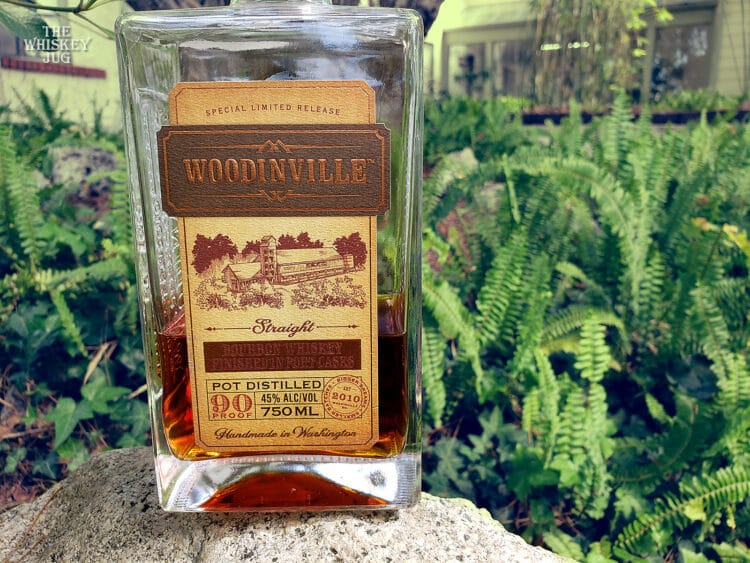 In one light it can be seen as early innovation attempts, which should mean that they’re going to keep doing more and pushing the direction and diversity of their products. In another light, it could be seen as a lack of confidence or not having things fully dialed in and using the double barrel and port finishes as a way to cover up flaws in whiskey not fit to be in their Straight releases.

I don’t know their true intentions, only what their marketing copy says, but what I do know is that this whiskey is… interesting.

Woodinville Bourbon Finished In Port Casks – Overall
Aroma is port is dominant making it super sweet but the oak attempts to balance it out, and almost manages to do it, but it ends up needing help from the candy and spice notes… but still falls just shy; Palate runs the same trail but pulls up some touches of roasted nuts and citrus, however, here the port is even more dominating and the whiskey borders one noted; Finish starts cloying but the fade-out to oak and smoke ends up making it not terrible.

There is just too much port for me here, it’s so sweet and cloying it just does me in and I can’t find anything that resembles their bourbon in this. Just oaky port.

This is not a balanced or deep whiskey and ends up coming across topical, sweet, cloying and darn near one-noted. The port has eviscerated anything that reminds me of the bourbon and tasting it side-by-side with the Woodinville Cask Strength Bourbon (watered down) I’m struggling to find the thread that connects them.

With the Woodinville Double Barrel Whiskey, I’m a bit on the fence about it being a way to cover up flaws in bourbon that didn’t make the Straight cut. I’m not on the fence about this one. I feel that’s exactly what this is and why something as heavy as port was chosen.

It’s heavy, it’s obstructive and can coverup a lot of flaws with its dense sweetness. But, on the flip side, if you enjoy super sweet whiskeys or drinks, then this Woodinville Bourbon Finished In Port Casks is perfect for you.

This is so sweet and cloying that it’s all but obliterated the essence of the bourbon, only the woody character remains and it ends up coming through like a port enhanced by a bourbon barrel rather than a bourbon enhanced by a port barrel.